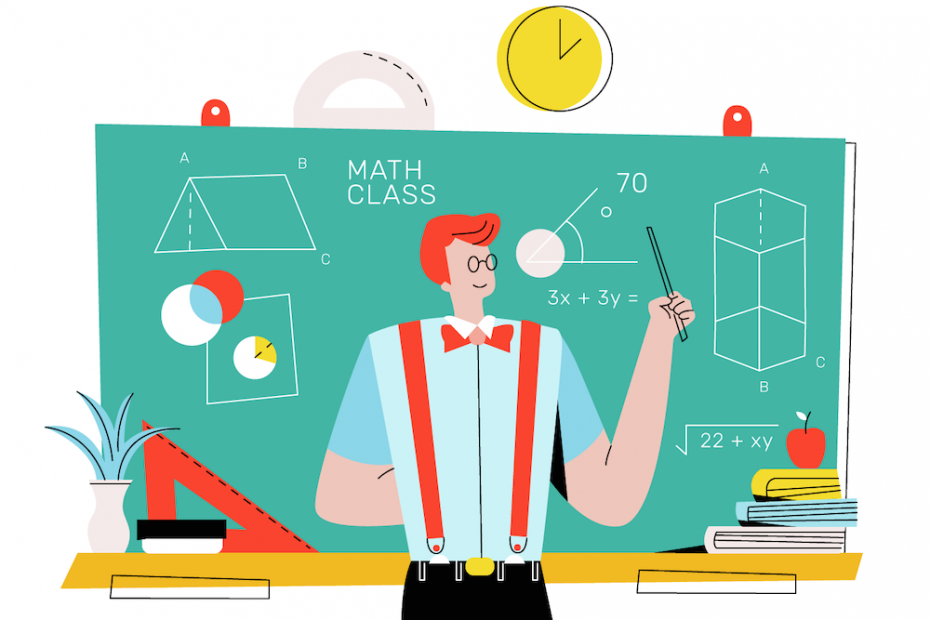 Algebra is a branch of mathematics that uses symbols to represent numbers as well as relationships between numbers. The most common example of a mathematical symbol is the equals sign, “=”, which is used in equations. For example, if we wanted to add five and six, we would write 5 + 6 = 11. Algebra can be used to solve a variety of problems in everyday life. With its help, you can quickly calculate the overall cost of a restaurant meal or determine your monthly cell phone bill.

Now students have an algebra helper in several forms

Algebra teachers in a class usually put in questions before the class to help discuss solved problems. What are some such questions? What steps were required to solve the problem? Why are the steps put in this order? Is there a different way of solving this problem? The steps for solving algebra problems are essential. Thus, an algebra helper can be beneficial for students.

A great many students do not understand Algebra well

It would be right to call Algebra the study of arithmetic symbols and equation solving. It forms a significant part of advanced mathematics. More? It makes students acquainted with problem-solving, patterns, logic, and inductive and deductive reasoning. Notwithstanding the significance of understanding this subject well, many experts say that numerous school students cannot understand fundamental algebraic principles. They cannot comprehend the relevance of these theories and problem-solving abilities to practical concepts.

Statistics support this observation of experts. Quite a low percentage of students from Class 5 through to Class 10 reach proficient levels in math. This percentage is much lower amongst low-income students.

Several high school mathematics teachers draw on their experiences as students to conduct rigorous Algebra classes. They say that the strategic use of technology lessens students’ apprehension and stress and increases chances for connection and consideration. The result is stronger teacher-student relationships. They oppose the argument of many people that the use of technology in education makes it mechanical and less personal. They say that the truth is the exact opposite of that.

They realized the importance of technology after conducting conventional lectures and spending a significant part of their class before the board. Their students would furiously take notes and did not get the time to process the data until they reached home and solved problems themselves. Most of the students who encountered difficulties doing the homework had none to turn for help. What was the result? Their anxiety rose. What did the teachers do for an algebra homework helper?

The result is a straightforward pre algebra helper in the form of video recordings of their lectures. Students can watch them before attending class.

Students can pause and wind back the videos at their homes. Thus, they get the building blocks they will require the day after in class.

A straightforward technology is a good Video recording app

Another very simple algebra helper that teachers use is video recording tools. Students would record their videos. These tools are usable on phones. Students can hover their phones on their written work and explain their solving of the problem.  Teachers say that listening to students explaining their problem solving and seeing their written work is very helpful. They can understand whether a student went wrong better than by grading written work. Which video recording tool works well as an algebra solver? A tool that collects all videos in a single place, which spares students from passing big video files back and forth.

Next, we discuss the ultimate algebra helper for all students.

Another great algebra helper is the use of Artificial intelligence

As evident, an algebra assignment or exam can cause a great deal of anxiety. What would it be like if learning Algebra is as easy as taking a snap with a smartphone? Well, Artificial intelligence has made it that easy. AI has helped dramatically as an algebra test helper.

An example of a great algebra equation solver is the all-in-one app Microsoft Math Solver. This app offers support on various mathematical concepts, including elementary quadratic equations, calculus, statistics, and more. All that students require is clicking a snap of a math problem with their smartphone camera. The problem can be in handwriting or printed.

There is another option. Students can type or doodle their math problems on their smartphone or tablet like they would on a piece of paper.

This app resorts to AI to instantly identify the problem and provide a correct solution. There’s more to this app than just the solution. What? This app delivers a step-by-step elucidation of the problem solving and supplementary learning materials. Examples are video tutorials and worksheets.

It’s an excellent algebra solver step by step that is accessible to everyone who wants. They will easily find it online.

How do the additional learning resources of this algebra math solver like video tutorials and analogous worksheets help students? They can dive into a topic and become a master at it.

The importance of learning Algebra 2 well

Students must have an excellent understanding of the concepts of Algebra 2.

There are various online resources for students to learn algebra 2. One such online algebra 2 solver is Mathplanet.

It’s separated into several chapters for the convenience of students. Every chapter has quite a few lessons. Students will find help on each lesson in the form of

The traditional maths “guide” books featuring step-by-step solutions to all problems in a school textbook are history. Students don’t need them as an algebra helper that shows work. In their place are apps that facilitate solving complex algebra problems. By simply taking a picture of a problem, a student will know how to solve algebra problem.

There’re numerous learning tools for helping students track formulae and absorb algebra and apps for helping students solve equations by taking a snap. What is the best math problem solver? There is no easy answer to that. The best algebra solver for students varies among students. Students can complement their algebra helper with an excellent scientific calculator for significantly less or for free.

So this is a real basic kind of a standard problem that you’re going to see a common problem;

So this is the general structure of these types of problems. But before I get going, I want just to make sure you understand what it means to have two variables vary directly. So I’m going to use kind of an easy illustration.

So let’s say I have a pot, and it has a little lid on it, and then I have it on a stove. So I have fire and everything else inside, let’s say we have water. So let’s talk about two variables here. One, I can have temperature, and I can have pressure. So what happens to the pressure inside this pot? Remember, there’s a lid on it if I increase the temperature. If I increase the temperature, the water is going to boil more. So the pressure is going to increase. And likewise, if I turn down the temperature to shut off the fire, our pressure will decrease. So these variables are moving in the same direction. As the temperature goes up, the pressure goes up. As the temperature goes down, pressure goes down. Now, not every variable when they relate to one another will work this way. Sometimes you’ll have the opposite. When one goes up one, the other one goes down. But. And we’ll talk about that and other problems, but this is the general idea behind direct variation.

So let’s get into how to solve these problems. So why connect very directly when X equals 3, Y equals 15. What is Y when X equals five? So here is the basic formula for direct variation y=Kx.

I want to focus on K. K is something called a constant variation. So the very first step you have to do is to solve for K. Most of these problems will give you enough information to solve for K and what we need is Y in X. If I have Y and X, then I can construct an equation to solve for K. Still, I do have a Y and X pair (X = 3 and Y = 15) . You have to look for that in your problem. So let’s go ahead and see how this works Y=KX. But Y was 15. When X was 3, so I’m just plugging in these variables, So when X was 3, Y was 15, so I still don’t know K, but it’s a simple equation to solve for K, so it’s going to be 15 equals K times three or three times K (15=3K), so I’m going to go ahead and divide both sides of the equation by three, and I have K is equal to five (K=5)

That’s step one. You want to use your kind of pair of information here, your X and Y pair, to solve for K., So K equals five. That’s the constant variation.

So that’s how I do it. And like I said, these problems are going to work all the same way. And knowing that K equals five, instead of having the general equation, Y equals KX. My new equation will be Y equals K. K now I know it’s five, so it’s going to be Y equals 5X.

Y is going to be equal to five when X is five. So Y it’s equal to twenty-five. That’s it. So these problems aren’t too difficult. Hopefully, this post helped you out.